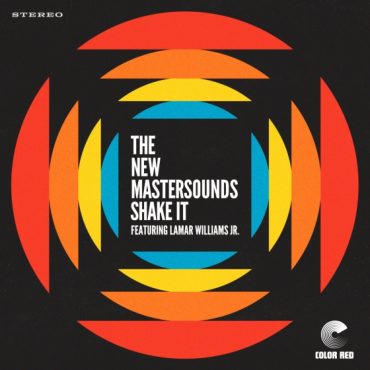 Twenty years in the game is no small feat in the fickle world of music, especially for an instrumental funk band. With so many releases under their belt that their own promotion agency has lost count, and an amount of live shows that only dedicated musicians who truly love their craft could withstand, The New Mastersounds continue to play, compose and record with the enthusiasm and joy of teenagers, while having garnered the experience and skill of the seasoned veterans they are.

Celebrating two decades as a band, new album Shake It sees The New Mastersounds, shake it up, with a departure from the jazz-funk-fusion meanderings of their recent releases and a new entry in the form of singer Lamar Williams Jr (son of late Allman Brothers bassist Lamar Williams). Add to the mix Mike Olmos on trumpet (an NMS regular who has already appeared on their Renewable Energy and Made For Pleasure albums), and Jason Mingledorff on sax and flute (previously on tour with St. Paul and the Broken Bones), and you have yourself a very tasty cocktail indeed (shake it, don’t stir).

Appearing on the majority of the album’s tracks, Lamar Williams Jr’s husky voice is a match made in heaven with the tight groove that NMS seem effortlessly to provide. Take title-track and album opener Shake It, a clear statement of intent whose infectious, feel-good beat lays the perfect foundation for Lamar to drop a soulful topline. Or press play on Let’s Go Back, a stirring slice of mid-tempo swamp funk with bluesy inflections that pays homage to the New Orleans scene. While Taking Me Down displays hints of Latin funk and oh-so-funky horns over a groovy backbeat, Live Life Free presses on the accelerator for a fast-paced, inspirational ride through soul-jazz territories, guided by Lamar’s rousing vocals.

Up-tempo instrumental number Permission to Land sees The New Mastersounds collaborate with Thievery Corporation drummer Jeff Franca to lay down a stone-cold groove that will easily make its way into many a b-boy circle. And love song Kings & Queens keeps things moving with its cheerful beat and a brilliant guitar solo at the halfway mark. But there are also more mellow moments: atmospheric slow-burner Too Late to Worry brings the tempo down to a simmering boil, Lovely Daze is a sunny piece of uplifting Summer soul and Layin’ Low provides a slab of lazy jazz-funk goodness centred around the swirling organ.

From the first to the last note Shake It is a treat for the ears. And why wouldn’t it be? In 20 years of activity, one thing The New Mastersounds surely are is a guarantee. 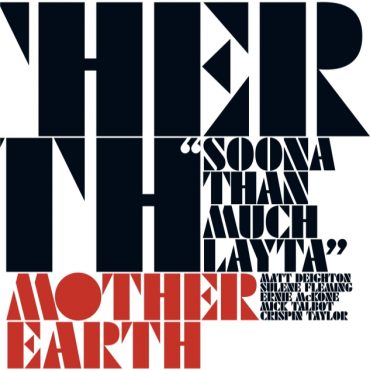 Mother Earth released their debut album Stoned Woman in 1992 on Acid Jazz Records quickly followed by their first single, a version of Santana’s Hope You’re Feeling Better. The next album, The People Tree, was hailed as a masterpiece and featured Paul Weller, James Taylor, and D.C. Lee. Further albums You Have Been Watching and The Desired Effect received critical acclaim before the band split in 1997.

Their new four-track EP features two new tracks, Soona Than Much Layta and Coming Unstuck Again plus a funked-up version of the Derek & The Dominos classic Got To Get Better In A Little While and their take on Good Things. 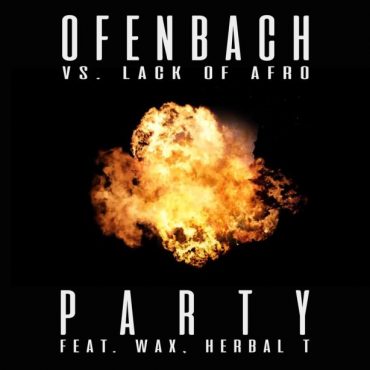 Club DJs and producers Dorian Lo and César de Rummel have been active as Ofenbach since 2014, the year the Paris, France-based duo fell under the spell of house music. The young musicians had a creative epiphany when they heard the productions of Robin Schulz, then set off on fusing elements of traditional rock and electronic dance music with pop appeal. After an assortment of singles and remixes Ofenbach broke through in 2016 with Be Mine, which landed in the Top Ten of several pop charts across Eurasia, including France, where it earned a diamond certification.

After collaborating with US songwriter Nick Waterhouse on KATCHI (6th on the European airplay chart and the most Shazamed dance track in the world for more than three months), the duo have turned the energy up a notch with a new musical revelation: PARTY. Presenting their own unique take on the Lack of Afro feat. Wax & Herbal T old school hip hop/funk classic with its rock, hip-hop and electro influences, PARTY does what it says on the tin! 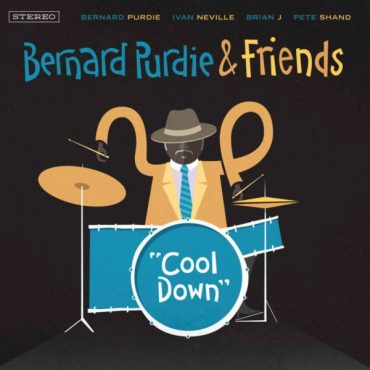 Ranked among the “Top 20 Drummers of All Time” by Rolling Stone Magazine and inducted into Modern Drummer‘s “Hall of Fame,” Purdie’s idiosyncratic drum work can be heard on a staggering number of classic albums produced by artists such as The Beatles, James Brown, Nina Simone, B.B. King, Herbie Hancock, Miles Davis, Hall & Oates and Steely Dan. His drum patterns, a unique merger of urban swagger and loose Southern funk, have all but defined early hip-hop.

Cool Down takes the metropolitan sound of East Coast funk and intermingles it with New Orleans rhythms. Cool Down, Elevate and Keep on Shining are grooves that fans of The Meters and Funkadelic would come to expect Purdie to record with his fresh new band. The early 70’s-esque standout single Deep in Love featuring Brooklyn’s own Mayteana Morales is destined to become an instant classic.

Cool Down keeps true to its funk roots with standout instrumental numbers Shand Stand, Money Bags and The Golden Tie. And with Purdie straight on the beat and sparse as can be, Stranded elevates the blues tradition to historical proportions with Cyril Neville singing his heart out while Ivan Neville supports on Hammond B3.

On Cool Down, Purdie brings the same vibrancy and spontaneity that embodies the best work of his famed career. With his new core band and standout special guests … Cool Down marks one of 2018’s singular soul & jazz albums. 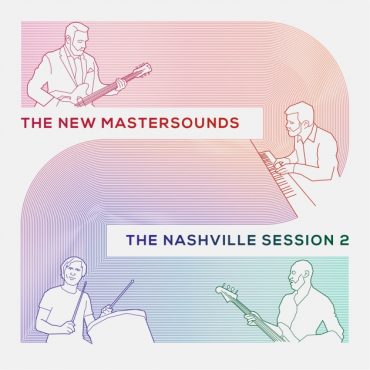 The New Mastersounds – The Nashville Session 2

During a tour pitstop in June 2018 The New Mastersounds returned to Welcome To 1979 studios in Nashville, TN to record a follow-up to their 2016 live-in-studio album The Nashville Session. The band performed 15 tunes in front of a small invited audience, recorded them straight to tape using tasty vintage gear, and selected 8 favourites to go onto a vinyl LP, adding two more for the CD and digital releases.

Their live set was recorded and mixed directly onto ¼” stereo tape reels on a hot summer evening in front of an invited studio audience, members of whom took turns either to watch in the live room or listen from the control room. The first Nashville Session album was organ-only, so to give this one a different flavour Joe Tatton played acoustic upright piano, a Fender Rhodes, a Wurlitzer and a Prophet 5 synthesizer.

With no edits and no overdubs – just bass, drums, guitar and keyboards – both albums capture the band’s heavily-improvised and energetic approach to live performance yet share the same warm, naturally crunchy, analogue tape sound of the classic soul-jazz and funk recordings of the late 60s and early 70s which first inspired the band to start making music together nearly 20 years ago. The compositions presented here are all NMS originals. 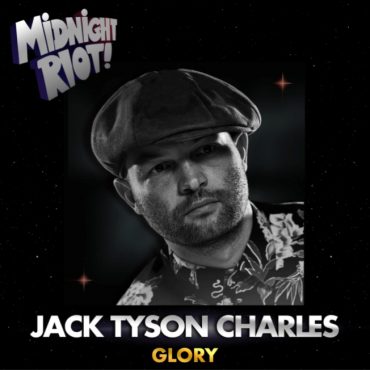 Jack Tyson Charles is a hugely dynamic musical force. Whether you’ve heard him on Lack of Afro’s hugely successful 2014 album, Music for Adverts or his EPs, Restoration & Best Friend you’re sure to have noticed the raw and individual quality of his voice.

2019 sees Jack continue to add more grooves to his music, Glory is his second release in collaboration with multi-instrumentalist & producer Danny Kane, firmly cementing a new direction for this talented singer. 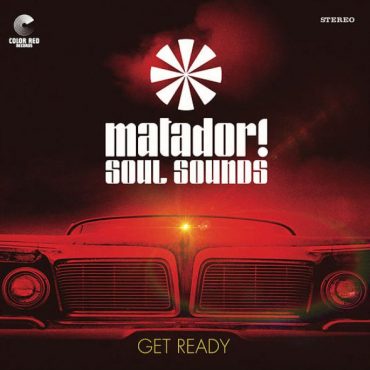 Matador! Soul Sounds are proud to announce their debut album Get Ready.

Matador! Soul Sounds are a band loosely based on the concept of Spanish bullfighting. A common misconception in America is that bullfighting is a feat of one man versus one bull—in reality, bullfighting is largely a team effort by a matador and his cuadrilla.

Born from the vision of Eddie Roberts (The New Mastersounds) and Alan Evans (Soulive) their fierce cuadrilla consists of keyboardist Chris Spies and bassist Kevin Scott (Jimmy Herring) as the band’s “banderilleros”. Adding a feminine energy to the band are Adryon de León and Kimberly Dawson (Pimps of Joytime) on vocals. Combining the dynamism of each band leader, the music they have created is brand new, hard hitting and drenched with their shared musical passions – jazz, funk & soul.